New research published today, Thursday 21st March, by the Directory of Social Change (DSC) and funded by the Forces in Mind Trust (FiMT), shows the Armed Forces charity sector is shrinking, with Scottish charities and local association branches most affected. 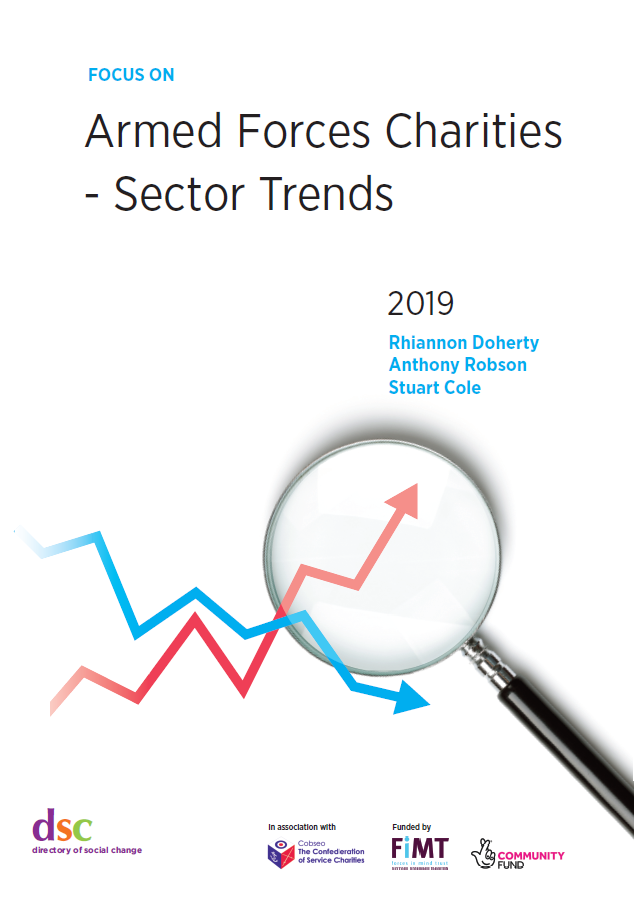 There are currently 1,888 Armed Forces charities in the UK. This is a relatively small number compared to other charity subsectors, such as health, which is estimated to include 6,500 charities, and education, 7,650 charities.

Since 2012, 65 Armed Forces charities have closed, with Scottish charities closing at double the rate of those opening2. While there are still 633 membership association branches in the UK, which offer social and comradeship activities, there are now 152 fewer branches than in 2012.

DSC found a high turnover of Armed Forces welfare charities opening and closing over the past six years, with close to a third of these charities having an operational lifespan of less than ten years. In total, welfare charities account for approximately two-thirds of all sector income.

Total sector income grew year on year from £741 million in 2012 to £1 billion in 2015, before dipping slightly in 2016. Overall, the 45 financially largest charities generate almost three-quarters (74.1%) of all sector income.

The report highlights the need for further research to assess:

Commenting on the launch of the report today, DSC Senior Researcher and lead author, Rhiannon Doherty said:“This report holds a mirror to the armed forces charity sector and highlights signiﬁcant sector trends from 2012 to 2018. It contributes to DSC’s growing evidence base which seeks to accurately proﬁle the ever-changing armed forces charity landscape.”

Air Vice-Marshal Ray Lock CBE, Chief Executive, Forces in Mind Trust said: “This latest report in the Focus On series is a must read for those making decisions about resources, how they can be generated and where they are best deployed, as well as for those who commentate responsibly about the sector. There is a common myth that there are too many Armed Forces charities; evidence from this report shows this is untrue.

“The recently published UK Government’s ‘Strategy for our Veterans’ draws on previous DSC work, and rightly so. This latest report is both authoritative and illuminating: rare, but invaluable, qualities.”

To download the free report and infographics, visit armedforcescharities.org.uk/sectortrends