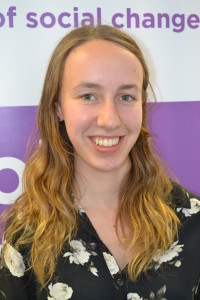 It’s four years since the London 2012 Paralympics. The Games were a great success, described by many, including IPC President Philip Craven, as the best Paralympics ever. There were record ticket sales, wider broadcast and media coverage than ever before, and a feeling of optimism around disability rights.

While the opening of the 2016 Rio Paralympics provides an opportunity to reflect on the good things achieved in London 2012, it’s also a time to look at what didn’t happen.

The Paralympics did not change everything for people with disabilities.

There is still a long way to go in reducing inequalities, ending prejudice and discrimination, and ensuring that people with disabilities have the opportunities, support and freedom to live their lives as they choose.

Charities are leading this change in the UK. According to the Charity Commission and the Scottish Charity Regulator, there are more than 43,000 charities that benefit people with disabilities in England and Wales, and more than 5,700 in Scotland. Many charities do transformative work every day to ensure that having a disability is no barrier to living a happy, healthy and active life.

There is so much more that charities could achieve, but many are struggling with funding – which reminds us of something else that didn’t happen after London 2012.

Before the London Olympic and Paralympic Games, the Government at the time raided millions from the Lottery (raised by your lottery tickets) to pay for the London 2012 infrastructure (despite then underspending anyway). They promised to pay it back; but four years on from the Games, we’re still waiting.

£425 million of this money is owed to the Big Lottery Fund and should have gone to charities and community groups across the UK.

£425 million is also the total amount that was spent by the Big Lottery on projects that primarily benefit people with disabilities since 2011.

That means that a Big Lottery Refund of £425 million would be enough to fund over 8,000 projects for people with disabilities in the next five years.

What difference that could make to the lives of people with disabilities?

It could bring chances to nurture talents and skills, to make new friends or change attitudes. It may even benefit future Paralympians; but it would certainly give opportunities to those who feel that they haven’t yet benefited from the legacy of London 2012, supporting grassroots projects in communities across the UK.

Back in 2005, before she was in government, Theresa May spoke strongly against the Government being able to raid lottery funds, arguing that every pound should be protected for good causes.

We agree – and now the Prime Minister has a chance to make a difference. We’re calling on Theresa May to turn her words into action and refund the £425 million owed to the Big Lottery Fund.

A Big Lottery Refund could have a real, tangible legacy for people with disabilities in communities across the UK.