Michael Norton, Founder and Director 1975-1994, Directory of Social Change, reflects on the inception of The Directory of Grant Making Trusts: 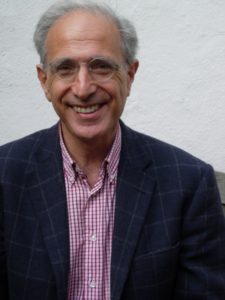 My wife, Dame Hilary Blume, and I organised our first fundraising training in 1977 for the Directory of Social Change with a series of four seminars: raising money from trusts, government, industry and through special events. These brought together grant-makers and grant-seekers to share their experience.  Up until then there had been little in the way of training, and we had a huge demand filling with ease the 150 or so seats in the hall that we had hired. We wanted to have a resources table where our participants could browse through books and booklets that would help them with their fundraising. We were able to find just five items, including of course CAF’s Directory of Grant-Making Trusts and a photocopied handout listing recommended fundraising consultants produced by the National Council for Voluntary Service (now the NCVO). No training and hardly any information for those looking for funds. How things have changed!

From this small beginning we went on to organise more series of seminars on fundraising and communication; we also transcribed the talks and published these. In 1981 we started to publish books, and in 1984 we published The Guide to Company Giving and then many other grant guides including the Guide to the Major Trusts. At first most trusts were reluctant to supply information to us (The Directory of Grant-Making Trusts was compiled largely from Charity Commission records). A big success was the Henry Smith Charity. This had been listed in Directory of Grant-Making Trusts as having an annual income of £4,000. But we knew it to be much bigger. Luke FitzHerbert, the editor of The Guide to the Major Trusts was determined to find out how much it actually gave in grants and what it supported. It turned out that this charity was 1,000 larger than listed. A few years later it published its own report, proud of its achievements. Another trust sent us a lawyer’s letter, which we politely ignored, threatening to sue us for the additional costs of dealing with the flood of applications that they expected from having their policy made public.

This wider availability of information has led to better giving and better fundraising practice. Fundraisers know which trusts to approach, and the trusts receive applications which re more focussed on what they want to do.

One big function of trusts has been to support innovation. But this has become harder with a continuing growth in demand for their funds. Things may be changing. The past 20 or so years has seen a widening wealth gap in society. Some of the winners are now using their wealth to establish a foundation. Bill Gates, Warren Buffett and Mark Zuckerberg are all advocates of giving almost all of it away. I saw an interesting statistic recently. The amount of money to be endowed into charitable foundations over the coming 10 years is expected to be about double the total amount of public charitable giving over the same period. The trust sector will be on a roll, and the need for good information on what trusts, small and alrge, are doing will never be greater. It is The Directory of Grant-Making Trusts which pioneered the provision of information to fundraisers. And long may it continue to be published.

Since founding The Directory of Social Change in 1975, Michael has been involved in a number of voluntary sector organisations. He co-founded Changemakers in 1994 to find new ways of engaging young people in social action, and was its Executive Chair until 2001. He founded YouthBank UK in 1998 to enable young people to act as grant-makers, supporting local projects run by other young people. In 1998 he received an OBE for services to the voluntary sector.