By Jay Kennedy, Director of Policy and Research, DSC 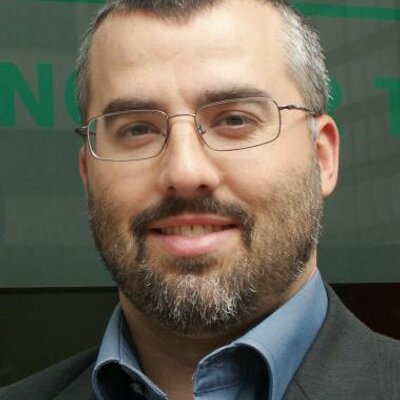 The short answer is that it is extremely hard to generalise, and next to impossible to predict at this point. The beneficiaries of some charities may be heavily affected, whereas the direct effect on others may be marginal.

The country has taken a decision to leave the EU, but how much of the patchwork of UK law and regulation that relates to the EU will be scrapped, and how much modified or retained intact? The coming years will be about sorting all of that out – and it is an awful lot – 40 plus years’ worth. The only certainty perhaps is that the civil servants, lawyers and legislators have their work cut out.

The fact is that this is just the end of the beginning of a process that is going to take years – decades even perhaps. There is massive uncertainty about how long it will take and what things will look like at the end of it. There are more questions than answers. We are in uncharted territory.

It’s important to remember that despite the vote we are not ‘out’ yet. There is a complicated process with a number of stages to get through. David Cameron’s announcement that he will step down as Prime Minister following defeat for the Remain campaign also adds another layer of political complexity.

First off, Parliament will need to ratify the result. However there is not long to go in the parliamentary session, currently scheduled to end on 21 July. Then there is the question of invoking Article 50 of the Lisbon Treaty, which officially informs Brussels that we are beginning the leaving process. The Article says that this takes place over a two-year period – but this has never been tested before, as no country has ever left the EU in its current form (Greenland and Algeria left the EEC but you might argue that was quite different). Will it take two years? Longer? Nobody knows.

David Cameron has said that he will stay on until a new Conservative leader is elected, probably around the time of the Conservative conference in the autumn. A Tory leadership election campaign will begin imminently. With a new Government will come many changes in Cabinet and changing priorities for central government departments. And it is not inconceivable that there could even be a General Election on the back of this change in leadership. This year? Next year?

And what about the constitutional future of the UK? England and Wales voted to leave; Scotland and Northern Ireland to remain. The independence debate in Scotland is clearly set to reignite again, with unknown implications for the future of the UK, including cross-border charities.

I would not be alone in arguing that the greatest immediate risk at the moment isn’t political, it is economic. The markets have been thrown into turmoil. If the leave vote results in a sustained negative effect on the economy – for instance crashing markets, capital flight or even another banking crisis – this would affect the country’s finances, raising the possibility of further austerity and spending cuts that affect us all.

A big immediate concern for many charities that have EU funding for example will be what happens to it. Charities and social enterprises receive hundreds of millions of pounds of EU funds a year via various programmes, not to mention the billions that go into economic development for poorer areas of the UK. Again, this is too early to say, but I would be surprised if this disappeared immediately. Programmes like the EU Social Fund take years to negotiate and years to deliver. They could be wound down over a number of years or could be honoured by the now UK government for the duration. We don’t know – but this will be a big issue for many charities and disadvantaged communities that have benefited from EU funds.

Then there are a host of other policy issues that could affect charities’ operating environment over the coming years – from what happens with VAT, to rules about working conditions and health and safety, to people’s rights under the law, to how our fundraisers contact donors.

After a bitter and nasty campaign, reality will set in. Divided votes can divide nations. As charities we must make sure that we don’t allow politics to divide us. We must lead by example and demonstrate compassion and understanding to those who think differently to us.

Above all the policy details and confusion, we have to remember what we are here for – beneficiaries. Our sector will need to decide whether, where and how to influence the Brexit process in their many diverse interests. In deciding what our individual and collective response will be, we have to think of our beneficiaries first and foremost.