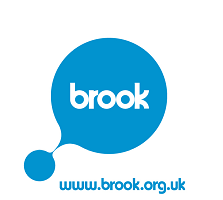 Grant funding from the Paul Hamlyn Foundation was vital in allowing Brook to carry out our youth participation project, and to see a real change in Brook’s structures and practices. Participation is a core value of Brook’s – but it is one that is not funded nationally by commissioners. Although some local authorities do fund participation and volunteering schemes, these are limited to certain areas rather than having a national outlook. The PHF grant was of great value, therefore, as it allowed for a broader strategy to embed participation, expanding on previous work, and ensuring participation’s worth was recognised and ‘baked in’ to Brook’s organisational structures as 16 separate charities were merged into one.

In April 2012 Brook was awarded a grant from the Paul Hamlyn Foundation (PHF) for a 2.5 year project to run from September 2012 to March 2015.  The project was to enable Brook to build on its existing foundations of participation and involvement of young people in its business so as to more firmly embed a culture of participation across the organisation, which had at that point recently merged 16 separate regional charities into one.  The project vision was that young people would be more at the heart of influencing internal and external strategy, policy, practice (service delivery), evaluative activity and campaigns; and that the organisation would see systemic change as a result of:

The project was intended to contain two phases, with phase one being an 18-month delivery phase with new approaches and activities put in place, and phase two being a year focused on evaluating these and embedding and sustaining the elements that were proving effective.  The project outline included funding for a national Participation Lead and two part-time, regionally-based Participation Support Officers.

Overall clear progress was made in increasing Brook’s ability to listen to and engage young people in its work.  This has been evidenced in structural changes and confirmed in feedback from staff.  In a staff survey 78% of staff felt the organisation had become better at enabling young people to meaningfully participate in Brook’s work.