In June 2009, the Conservative party, then in opposition, conducted a consultation with the sector to which we responded. We welcomed the opening of this consultation as indicative of a greater consideration of the role played by the sector in the political arena.

We were encouraged by the Conservative Party’s stated willingness to engage with the sector in a dialogue as part of developing its policy proposals.  We think that ultimately this will help to develop policy that works in the longer term.

The consultation called for responses to a wide range of key issues in the sector including voluntary action, commissioning, and giving. Read the full response below. 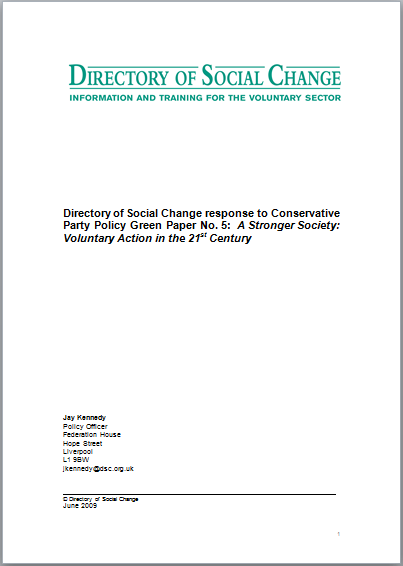