Since it was founded in 2004, BLF has helped thousands upon thousands of charitable organisations across the UK carry out absolutely vital work. From organisations working to empower and give a voice to people with multiple complex needs, building stronger communities, to providing vital life skills training sessions to carers – the lottery has funded it all. It’s a lovely idea, helping charities bring communities together to celebrate their local heroes, history, and achievements, and helping people of different ages and cultures come together in friendship to break down barriers.

But in 2012 the government took £425 million from the BLF to pay for the Olympic games held in London. At the time the government promised that the Fund would be repaid from the proceeds of the sale of Olympic assets like the Stadium, Aquatic centre and, presumably, the big red metal thing. Crucially a timeframe was never set.

It was later revealed that the government had actually underspent on the Olympics by a massive £528 million. Was some of this returned to BLF to distribute to worthwhile causes? No, it was all handed over to the Treasury. Then, to add insult to injury, the Olympic Stadium (which cost £486 million to build) was handed over to West Ham United for the bargain price of £2.5 million a year, despite the club having an annual income of over £115 million. It seems that BLF, and the charities it supports, have been brushed aside and forgotten about.

As a result, we want to celebrate the incredible work that charities have been enabled to do thanks to a grant from BLF. We also want to bring attention to how much more charities could achieve if the government return the huge amount of money ‘borrowed’ from BLF for the Olympics. In fact, we’ve drawn up a provisional ‘shopping list’ of what the BLF could have funded with that stolen money: 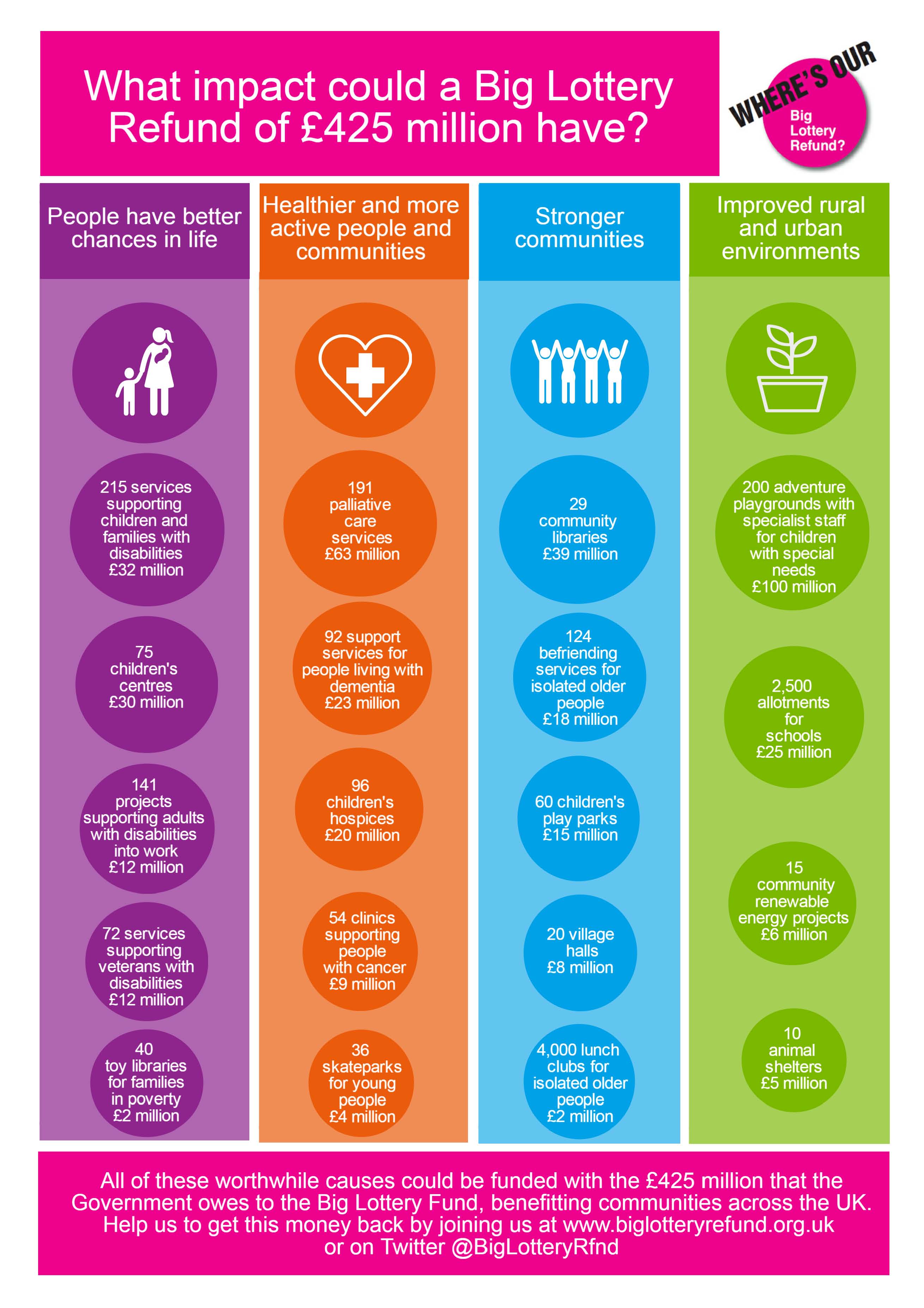