The Prime Minister’s announcement of a snap General Election to be held on Thursday, 8 June shocked pretty much everybody. Widely interpreted as seeking to endorse Theresa May’s strategy for Brexit, Britain’s impending exit from the European Union is expected to dominate the debate.

At first we felt a lot like Brenda from Bristol – Whaaaat? Another one? Honestly? You cannot be serious! But like it or not, it’s happening – and while the outcome at least nationally might seem like a foregone conclusion, the way the political landscape is playing out, not just in Britain but globally, who can predict what will happen?

Local elections are also reaching their conclusion, as well as some big regional mayoral contests. So many issues affecting charity beneficiaries will be influenced by what happens over the coming months. That’s why it’s critical that we don’t fall into the trap of thinking this is all about Brexit, even if the politicians have. In fact, we need to push them out of that mindset. We must remind political parties and politicians of every stripe, the general public, our funders and supporters that we have even bigger, more entrenched issues to tackle.

Whoever wins the election(s) – at whatever level – our society faces huge challenges – from the impact of welfare cuts, to reforming social care, keeping the health service going, saving child refugees, providing services for young people, supporting veterans and their families, caring for vulnerable people, protecting the environment – the list goes on and on. Charities know these are the hard, pressing issues affecting millions of lives every day.

We mustn’t be muzzled, or muzzle ourselves. We have to speak up loudly on behalf of our beneficiaries, because if we don’t, who will? The role of each particular charity will be different, but trustees should bravely and confidently ‘keep calm and carry on campaigning’ across the piece. Brexit is not the only game in town.

DSC is here to help. First off, we’re running a free live Twitter Q&A on Thursday 4 May. Just follow the hashtag #DSCAnswers, tweet your questions to @DSC_Charity and I’ll do my best to answer via short video! 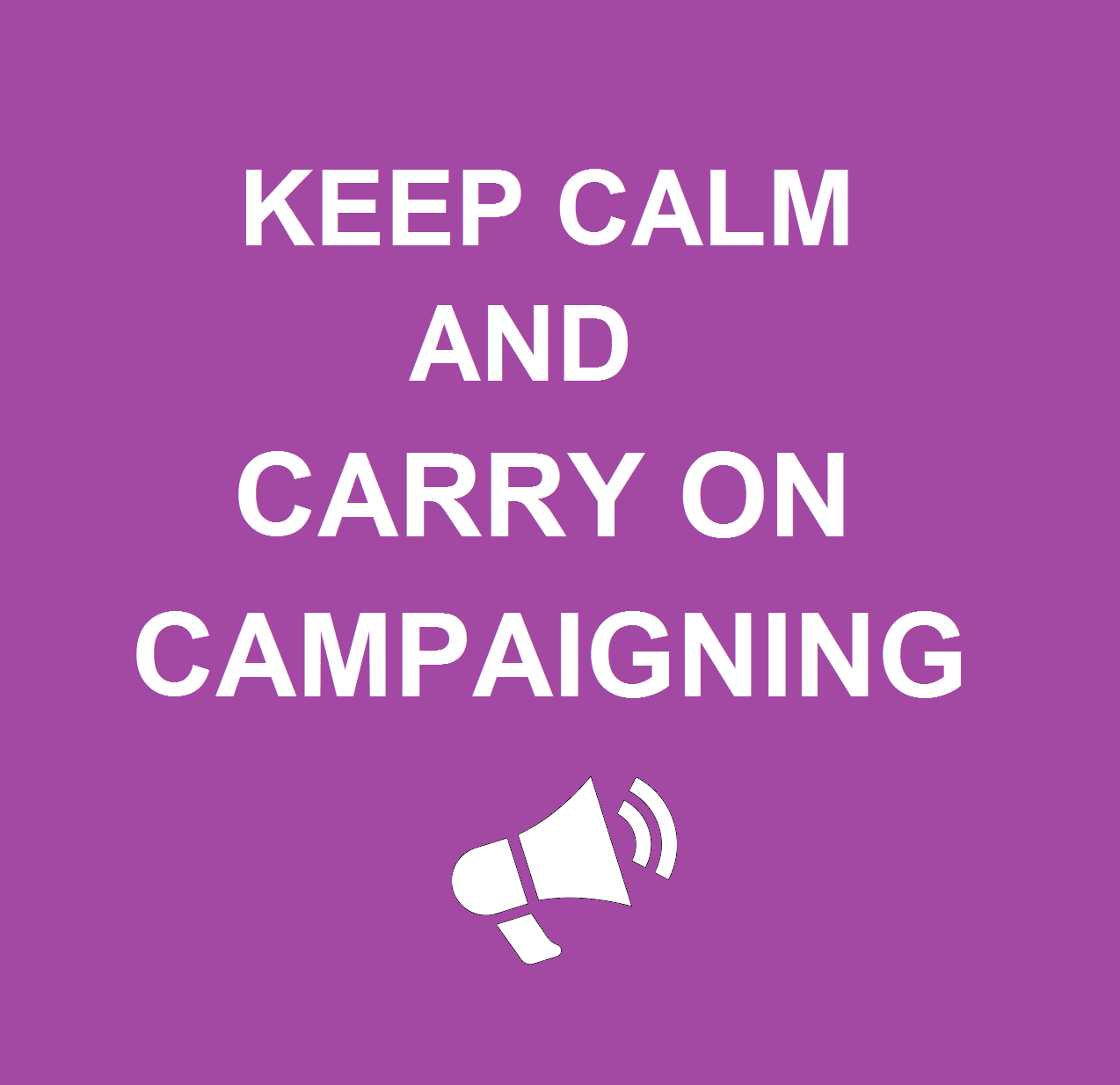