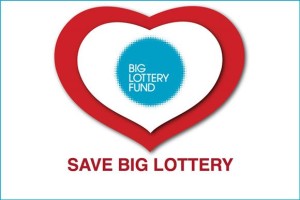 Confidential government plans to slash the share of lottery revenues distributed by the Big Lottery Fund (BLF) have been leaked in advance of next week’s spending review, with potentially disastrous consequences for vulnerable people and communities across the UK.

A whistle-blowing group calling itself Save Big Lottery claims that the fund is to have £320 million a year taken from it, a move which would severely reduce the money available for charities and voluntary groups. This comes at a time when funding from other sources is under extreme pressure and demand for charitable services is rising. A cut of 40% to Big’s annual budget would likely mean very few funding awards in the near future as the funder would have to prioritise existing grant commitments.

After a week of urgent conversations with officials in Whitehall, the threat is now being treated credibly by key policy bodies in the voluntary sector, including the Association for Chief Executives of Voluntary Organisations (Acevo) and the National Council for Voluntary Organisations (NCVO). Ministers have been contacted repeatedly but have given no assurances, and government officials are refusing to comment.

Since its inception in the 1990s, the National Lottery has funded charitable good causes and its funds are meant to be ‘additional’ to public expenditure – they are not intended to be a substitute for statutory funding or to subsidise statutory services. Yet this is not the first time that Government has abused the Big Lottery Fund at the expense of charitable beneficiaries.

In 2007 there was a massive raid on the Lottery to help finance infrastructure for the 2012 London Olympics, including siphoning off £425 million from the Big Lottery Fund. Three years on from London 2012, over 3800 charities under the banner of the Big Lottery Refund campaign are still demanding that the government honour its promise to pay this money back, but the new Government has stalled over this commitment.

Small, grassroots voluntary groups and charities in every parliamentary constituency would bear the brunt of any cuts to the Big Lottery Fund, with the majority of grants awarded last year under £10,000. The Fund is a vital lifeline for valued local voluntary services in all areas of the UK, including diverse groups such as community centres, food banks and youth groups.

Jay Kennedy, Director of Policy and Research at the charity Directory of Social Change (DSC), which leads the Big Lottery Refund campaign, said ‘We’re still waiting for the Government to pay back the last pile of cash that was stolen in 2007 and now we hear news of another Big Lottery Ripoff. It couldn’t come at a worse time. The Big Lottery Fund is strategically important for the charity sector and provides vital support for communities across the nation. It supports grassroots activity in every community in the country. That this is even being proposed is utterly shocking and appalling. I urge every MP, regardless of party, to raise this issue as a matter of urgency with Ministers. And I urge members of the public to do the same with their MPs. If it materialises in the Chancellor’s spending review statement that may be too late.’