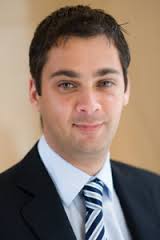 The latest assault, rather surprisingly, has come from the normally level-headed Financial Times. In an article entitled ‘Britain’s charities need better oversight’, there are calls for greater regulation, for government to rationalise a ‘highly inefficient sector’, accusations that charities are wastefully duplicating activities (citing the existence of 581 cancer research charities), and claiming that charities should simultaneously merge and be limited to how much funding they can receive.

Really? What’s this based on?

Inefficiency is a complex slur to throw around, but if you look at the ultimate inefficiency as being ‘unable to continue operating’, how do charities do compared to businesses? Well, of the 164,000 registered charities in the UK, around 3,600 are wound up each year, or around 2%. Of the 5.2million businesses, around 238,000 are wound up each year. Or about 4.6%. So charities have a marginally lower closure rate – but then being not for profit they can exist for long periods with little or no income – which businesses usually can’t.

Ignore for moment, as the FT did, how many different types of cancer there are and the complexities around trying to find a cure, as well as the fact that research is not simply a volume-driven enterprise and that 581 organisations looking for something might increase, rather than decrease the chances of discovery. There are over 700 estate agent businesses registered in the UK. Do we need all of them? Why not rationalise them and have more people looking for cancer cures?

The impact of statutory funding on charities is a fascinating and complicated area. Unfortunately, the hypothesis the FT are working with is the slightly more simplistic (possibly written using crayons). It appears to be something like: ‘more government funding = more inefficiency’. That may or may not be true, but of the £312billion in grants and subsidies given by the UK government in 2014, £309.8billion of it went to the private sector. If statutory funding is such a threat to efficiency, where are the calls for those grants and subsidies to be withdrawn? Or does government wish the private sector to be ‘inefficient’?

Part of the problem is that people (or journalists in this case) just seem to sort of lose their normal common sense when they feel compelled to give an opinion on charities or the voluntary sector. People who in their professional or personal lives regularly rely on facts, data, evidence, expertise and knowledge, can slip into a patronising, idiotic Daily Mail headline generator when they talk about the voluntary sector.

On the one hand it’s quite understandable. There are some long-running and conflicting narratives around ‘the sector’, which make it difficult to get a clear picture of what’s going on. Like: charities are supposedly ‘amateur’, not professional enough, and need to learn how to be better from very clever businesses so that they can scale up and be more efficient. But then they are too big, too aggressive, trying to dominate market share, outsourcing activities, making money – i.e. acting like businesses – which is also bad.

We’re simultaneously too big and too small, too effective (so we need to be prevented from doing things like campaigning) and not effective enough; wasteful and inefficient but also holding too much money in our reserves. We need to invest and scale up so we can deliver multi-million pound government contracts, we need to get ourselves skilled-up to bid and to deliver them, but at the same time we mustn’t pay our staff (or heaven forbid our Chief Executives) too much – or anything at all. The contradictions are all over the place.

It’s one of the reasons that so many articles like this one in the FT are inherently confused and conflicted. You dip your hand into the pick n mix of sector-isms and pull out ‘too many’ and ‘too big’ and you’ve got no option but to build a ridiculous argument calling for charities to merge and become smaller.

The underlying issue is that our sector is not one that lends itself to generalisations. Nobody who says ‘charities’ really means every organisation from the PTA at the local primary school to service delivery charities with hundred million pound turnovers and everything in-between. But they say it anyway as if we’re somehow all the same. If every opinion piece or government policy replaced the word ‘charities’ with ‘some charities’ or ‘these charities’ and then went on to explain which ones it meant, it would be an awful lot easier to have a sensible discussion about most of the issues being raised.

I mean, imagine an article entitled ‘Britain’s companies need better oversight’, which banged on about how there were too many businesses, that government needed to regulate them more, and that all the government funding they were getting was making them inefficient. That would be ridiculous. Especially from the FT. 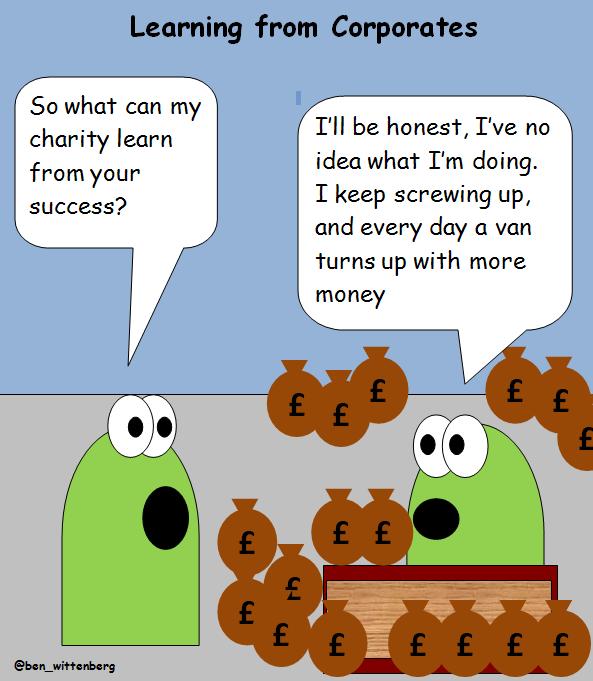