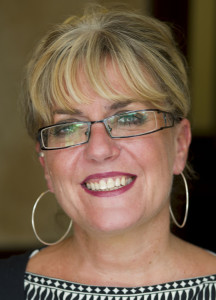 I’m not normally at all interested in football. I prefer the small, red ball to the large one. I was a member of Surrey County Cricket club for many years, so I get really excited about wickets and very little about goals.

But recently I’ve developed an interest in West Ham United. Not because I’ve suddenly discovered a passion for a bigger ball (as I write, they’re 12th in the Premier League, whatever that means), but because their new home – the 60,000-seat Olympic Stadium in Stratford, which cost £429m to build and another £272m to convert for football – was paid for using money that was meant to help the vulnerable, the lonely, the elderly, the broken-spirited, the broken-hearted, the dying, the disabled … the list is long and grievous.

When government raided the Big Lottery Fund in 2007 and made off with money to pay for the Olympic Park, the Directory of Social Change demanded that it be repaid immediately. What we got was a promise that, after the Olympics, the assets (such as the stadium, the aquatic centre and that giant red metal twisty thing) would be sold and the BLF would be repaid. It’s nearly 10 years since the raid, and more than four years since the event for which it was stolen took place: so where’s our money?

Well, they haven’t sold the assets and repaid us. In fact, the Olympic Stadium – an asset paid for with our annexed charity money – has been not sold but leased for 99 years, for almost nothing, to a football club that spent more than £40m on a handful of players in the transfer window and has an annual turnover of about £120m. The club has to pay only £2.5m a year (just £247m in total by the end of the deal). Good for them. Imagine spending just 2 per cent of your income on rent, instead of 50 per cent like the rest of us.

That’s not the club’s fault, of course – it is a business and merely took advantage of an incredibly favourable, lucrative business deal. But West Ham are clearly not short of cash. Unlike, oh I don’t know – charities.

The BLF primarily funds smaller charities with small sums. This money could have been used to make 42,500 grants of £10,000 to charities that provide services for the most vulnerable. And let’s not forget the financial hell we have gone through since the raid. Even if it had tried, the government could not have picked a worse time to screw over our most important funder.

But if, after nearly 10 years, we still haven’t got it back, why am I still banging on about it? Isn’t it time to give up? No. A wrong was committed and should be put right. When in opposition our new Prime Minister, Theresa May, said: “Bit by bit, the government have put their hand into the lottery pot. That change fundamentally undermines the independence and integrity of the grant-making system.” She also clearly understood the gravity of the problem and the urgent need to repay, adding that “every pound that the government chooses to snaffle in that way is a pound that cannot go to help community groups”.

So I’ve written to ask her to stay true to her word and give us back our money. I’m hopeful, not least because, if she does, maybe I can just go back to ignoring football.