Award winning crowdfunding consultant, Jes Bailey, shares her experiences of how a recent trip to the Balkans helped her realise how well the UK is set up for charitable crowdfunding.

As a crowdfunding consultant, I have worked with organisations all over the world, because the principles of crowdfunding are the same for everyone. Most of my clients come from the UK, where I am based, but for the first three months of this year I was lucky enough to be sent to the Balkans (Serbia, Bosnia and Macedonia) to run crowdfunding workshops and provide one-to-one advice to local start-ups and non-profits that were thinking of crowdfunding. I also met teams of people who had attempted (either successfully or not) to crowdfund. In just three months, I learned a lot about the local crowdfunding culture and it made me realise how easy we have it with crowdfunding in the UK. I want to share these learnings with all British organisations, especially those who don’t believe they can crowdfund. 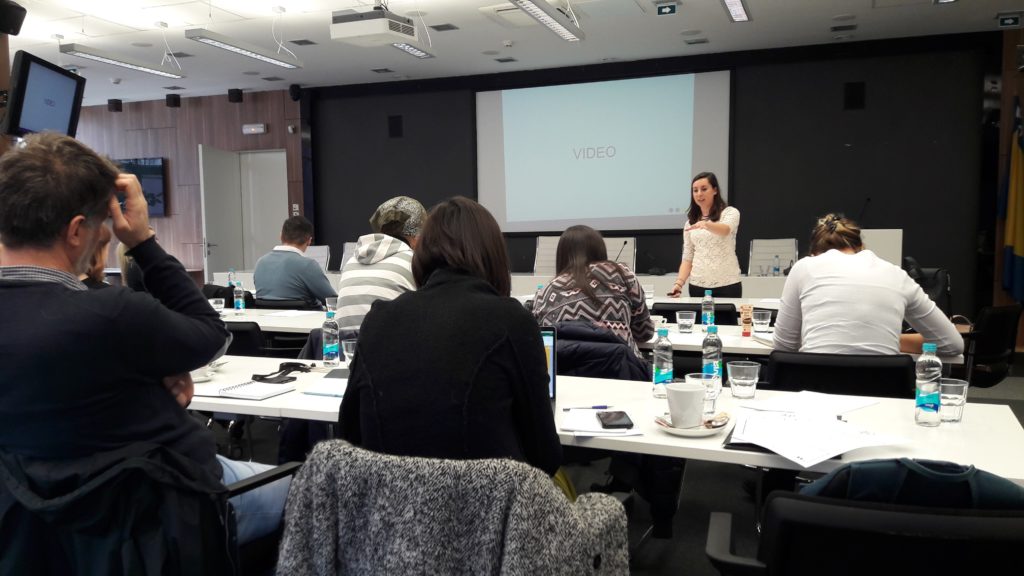 Our workshop at the UN in Bosnia

In the Balkans, the crowdfunding success rate varies from a high of 7% in Macedonia to 3% in Serbia and a low of 2% in Bosnia, across all charitable and product-based crowdfunding campaigns. This means that for every 100 crowdfunding campaigns that were launched in Bosnia since 2012, only two actually hit their targets. In the UK, our success rate is 20%. Even with the low chance of success in the Balkans, there was a lot of enthusiasm for crowdfunding and learning how to succeed. The most successful campaign in Macedonia raised more than $500,000 (£350,000) and the most successful in Serbia raised more than $300,000 (£210,000) – both were for products, though.

Here are five reasons why charity crowdfunding in the UK is actually easier than we think.

People in UK know what crowdfunding is

In the Balkans, only a small sub-set of the population knows what crowdfunding is and, more often than not, that’s because they work in innovative start-ups or with foreign companies. Unfortunately, this means these people tend to associate crowdfunding with products such as tech gadgets, video games and board games, and not with charitable giving. Nevertheless, some organisations in the region are working to promote local awareness of charitable crowdfunding, including Catalyst Balkans in Serbia and the Brodoto Agency across the region.

Paying online in the UK is the norm

Whether it’s contactless, PayPal or online delivery, most people in the UK frequently buy online. It’s not the same in the Balkans. In Serbia, for example, there is no PayPal. And some banks across the region do not allow online purchases to be made with their cards. In addition, many people in the Balkans are highly mistrustful and sceptical of buying online. This obviously makes it harder for local projects to get funding through crowdfunding.

In the UK we don’t have to worry about corruption

OK, we have had some scandals in the past and we claim that charity trust is low. But in the grand scheme of things, this is nothing compared with other countries. The Balkans has been rebuilding itself since the break-up of Yugoslavia and the wars of the 1990s. Each country is still finding its feet, and some suffer higher levels of corruption and misuse of aid and government money than others. All this leads to is an even greater mistrust of charitable organisations.

People in the UK give to charities

Because knowledge of crowdfunding is so low in the Balkans, online payments so rare and trust in local organisations is low, the chance of funding your project locally is near impossible. Even with product-based crowdfunding, which is more popular in the region, local support is low. The most successful Serbian campaign was for a video game, but attracted only four local backers out of 5,636. It was a similar situation for the Macedonian board game. To make crowdfunding work in the Balkans, campaigners need to look externally for backers.

The UK has opportunities to learn the skills needed to succeed

In the UK there are many training courses aimed at fundraisers. Whether from the SSE, the Institute of Fundraising or companies such as Crowdfund 360, there are many possibilities to learn how to fundraise successfully across the spectrum of funding routes, including crowdfunding. Opportunities are much more limited in the Balkans. I was able to go in and train local organisations on behalf of Swiss Contact, an NGO that builds capacity in developing countries.

Find out more about our fundraising products and services

*This article was first published in Third Sector on 17 April 2018.