So much of the narrative about our sector’s work is not based on data – it’s based on asking what folk think. And what you get is what they think you think they ought to think

I’m not very arty. When I see art, my usual response is something along the lines of “oh yes, very pretty”. But show me sound data with a perfectly visualised graph or a beautifully crafted equation (for example, Bayes’ law, which allows you to calculate the probability that something is true, is just gorgeous) and I’m in raptures.

Which brings me to the joyful experience I’ve just had reading Hans Rosling’s Factfulness: Ten Reasons We’re Wrong About The World – And Why Things Are Better Than You Think.

I came across it recently when I was having one of my perennial run-ins with a sanctimonious know-it-all who said charities were self-perpetuating charlatans and achieved nothing. So I went looking for data to prove the pontificating prig wrong.

Rosling takes data from the United Nations and gives us a global perspective on many of the battles we’re fighting: poverty, disease, death, social mobility, equality and so on. And it makes my heart sing.

Obviously, 4.2 million is too many and we must not pause in our work – but it is way better than 14.4 million. Of course, the global perspective can hide local variations where the trend isn’t always up, because few data sets are really linear. But the global figures do show us that what we are doing in our sector is worthwhile and is contributing to an improving world. 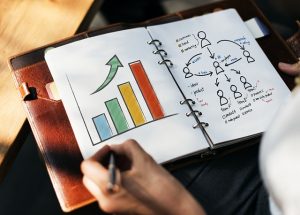 But so much of the narrative about our sector’s work is not based on data – it’s based on asking folk what they think. And what you get is what they think you think they ought to think.

People’s opinions can be interesting, occasionally informative (and, let’s be honest, sometimes infuriating), but if you’re trying to properly understand something then they are usually of limited value. For example, if you want to know if people trust charities, asking them doesn’t really tell you much. But looking at what they actually do does. Do they give? Do they volunteer? Do they use the services of charities? Do they act as trustees for them? Do they fundraise for them? Do they understand how charities work? And is that changing over time? That’s the data that will tell you what people really think of charities.

And data needs to be put into context. Just as you need to know not just how many dead babies there are, but also how many there were, knowing how many complaints have been received by the Charity Commission or the Fundraising Regulator, for example, doesn’t tell you much. You need to know what proportion of these complaints are upheld, what proportion of them are referred back to the charity to deal with, what proportion are dismissed and if this figure is improving over time? Because that analysis tells you whether the regulators are getting it right. Now, that’s lovely data.