Our Media Skills trainer Isabel Walker shares some of the regular self-sabotage techniques she has witnessed in her 10 years as a media skills trainer.

You might think that, as an expert on your subject, you can answer any question a journalist can throw at you. And quite probably you can. But that is missing the point. If all you do is answer questions then you are following the journalist’s agenda, which is likely to be quite different from your own, and the interview could be over before you’ve had the opportunity to fully present your case. Thorough preparation involves identifying, refining and simplifying a short series of key messages, supported by evidence and examples, anticipating likely questions and practising answering them in a way that leads you back to the messages (the ‘bridging’ technique).

2. Going in with too many messages

Three-to-four key points is ideal for a media interview. Neuroscience tells us that people can’t hold more than this many chunks of information in working memory. We also know that repetition aids retention. Thus if you are asked, say, nine questions in an interview it is far better to repeat three key points three times (using different language and examples each time) than to respond with nine different points that no one will remember. On the other hand don’t make the same mistake as Ed Milliband in a notoriously bad TV interview and repeat the same soundbites over and over like a demented parrot.

3. Starting with ‘thanks for having me’ (TV or radio)

This alters the power balance in the interview. The interviewer becomes the busy, important, influential protagonist and you the small, grateful supplicant. Also it wastes time when you could be making your First Big Point. It’s an interview not a tea party – get on with it!

4. Succumbing to the ‘curse of knowledge’

All experts are afflicted by this curse to some degree. It means they are so steeped in knowledge about their subject that they have lost touch with what ordinary mortals can understand. Follow the Einstein rule of making things ‘as simple as possible but no simpler.’ In other words simple enough for non-experts to follow but not so simple that that facts or the science are misrepresented. 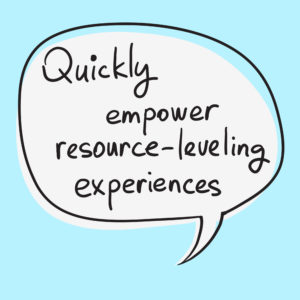 All professions have their jargon, which is cosy for them but alienating for everyone else. Doctors are said to learn a whole new language of 6,000 words, which no one else speaks or understands! The trouble is that jargon becomes second nature to the extent that people don’t even realise they are using it. I once had to work quite hard to convince a doctor that ‘antihypertensive medication’ was jargon and he should say ‘blood pressure tablets’ instead. In an interview your goal is to be understood, so stick to everyday words and phrases.

6. Rambling slowly towards the point

If you take ages to get to a key point, moving ponderously from history and background, through current knowledge to your killer conclusion, you are bound to get interrupted. Or the interviewer will pick up on one of your intermediate points and take you off track. Present your headline conclusion first and then provide just enough – but not too much – evidence in support.

It never makes sense to start banging on about the virtues of a particular plan or product or technique until you have painted a picture of the so-far unmet need. Whether you are talking about a new drug, an urban redevelopment project or a revolutionary gadget, you will greatly enhance audience understanding and ‘buy-in’ if you start by explaining the limitations of the current situation and the need for something better.

Interviewees lose credibility very quickly if they can’t produce relevant facts and statistics to prove their case. Natalie Bennett, former leader of the Green Party, learned this lesson very painfully last year when she went on radio to talk about her party’s housing policy with only the vaguest idea of how much it would cost to implement.

Journalists sometimes get things wrong. When this happens in the course of an interview, you should always correct them, politely but firmly. What you shouldn’t do is get into an argument and start attacking the journalist, as entrepreneur Emma Harrison did so memorably in a cringe-making TV interview. If you follow her example, you will squander your opportunity to make positive points. Worse, you will alienate your viewers or listeners. Audiences almost always side with interviewers, whose job is to pose the questions we would all like to ask if we only had the chance.

Find out how to give interviews that get your charity’s message across clearly and powerfully on our Media Skills Training course with Isabel Walker 16 October.