One of the issues connected with being a fundraising consultant and trainer is the fact that many people I meet in the sector (and indeed, outside it), regard the practice as an organisational expense.

This is very often the case at Trustee level (sorry to say), and it is an idea promulgated by the media, which often lumps in ‘fundraising’ with ‘administration’ and regards both as, somehow different from ‘the cause’. In the popular mind, ‘fundraising’ is therefore often regarded negatively.

I like to blow this idea out of the water by stating that there is no such thing as fundraising expenditure – because there really isn’t – there is only fundraising investment. Organisations only put money into fundraising with the expectation that they will get more money out than they put in – otherwise, it’s ‘fund-losing’ isn’t it?! The phrase “you need to speculate to accumulate” comes to mind here!

The analogy I often use to make this point is that of an employee who receives a monthly salary and, after having paid all bills and expenses has £100 left over which is their disposable income. This person could choose to spend this money on wine; alternatively, they could decide to put it in their pension. Whatever the choice, that money is no longer in the current account – however, there is a very important difference – the wine and the money spent on it will never be seen again, whereas the pension fund will grow and grow over time so that eventually, the employee will get more out than they put in – which is the whole point of having the pension in the first place. So, the wine is ‘expenditure’, the pension is ‘investment’. So returning to fundraising – is it like the wine or the pension? 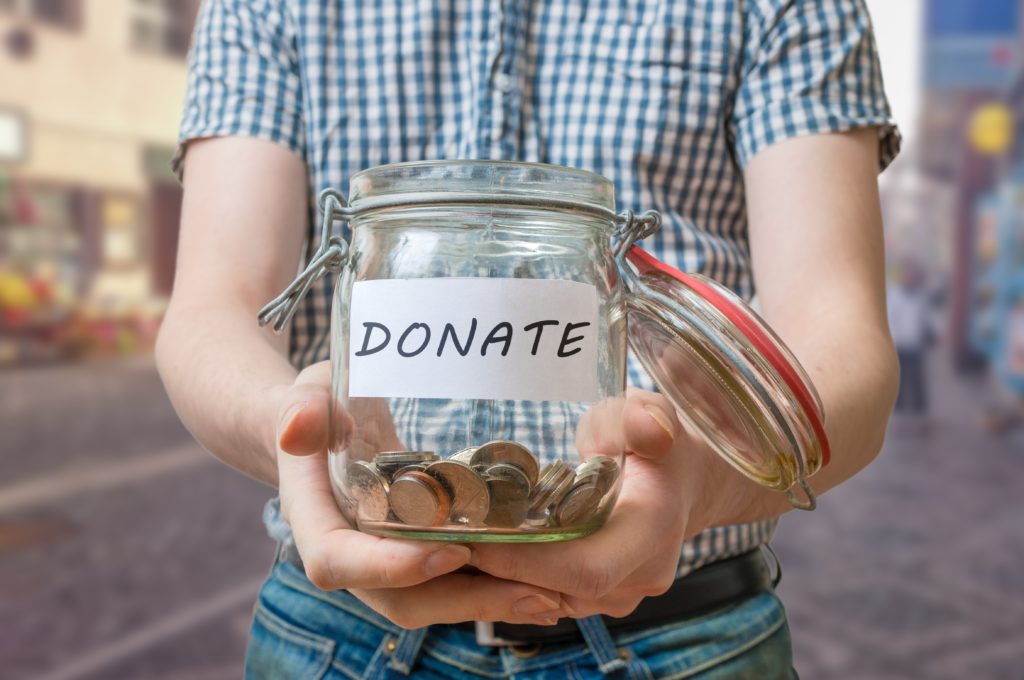 Doesn’t that mean less money to spend on my charity’s cause?

I often hear people say that by ‘spending’ money on raising funds, that means that there is less money available for ‘the cause’. Aside from the fact that this is a false dichotomy, the fact is that investment in good fundraising generates MORE money for the cause – in fact, it is just about the ONLY way that a charity can generate more income for its cause.

Such returns are significantly better than having reserves sitting in the bank earning, at best, 2%-3% interest. Indeed, given that one of the Trustees’ responsibilities is to maximise income to their charity (lawfully!), there is an argument to say that there is a duty to invest in fundraising if there are reserves available.

Once charities understand that it is an investment, NOT a cost, the question then becomes not “Should we spend money on fundraising?” but “What type of fundraising should we invest in to get the return on investment we want to see over any given period of time?”

When it comes to investing in fundraising, charities need to be patient and allow sufficient time to see the return. As with most types of investment, the quicker the return period, the smaller (financially) it is, but the longer you are prepared to wait, the better the return. Thus with community fundraising events, you will probably be counting the money the next day – but remember that the return on investment is likely to be quite low. With legacies, you may have to wait some years before you receive your first bequest – but this could be in the thousands, tens of thousands, or indeed, millions of pounds!

Trustees (in particular) are often nervous about investing money on raising funds, because there isn’t enough knowledge about fundraising methods and returns on investment, so there is a fear failure. If you look at fundraising as an amateur endeavour  then there is some justification for this anxiety. Yet, if your charity is employing professional, qualified people you will need to trust their expertise to maximise your fundraising income.

Another aspect of this is to invest in fundraising training. Time and time again, organisations claim that training /coaching/ mentoring is ‘expensive’ (a clue that they see fundraising as an ‘expense’ rather than an ‘investment’). What is not realised is that staff are expensive and if they do not have the expertise and training they need, they will not be able to raise the maximum amount of money possible.

Investing in a fundraising course can give your staff new skills, ideas and the confidence to execute successful fundraising. Investing £300 for a staff member to attend a course can mean them writing a better proposal to a large trust, which could result in hundreds of thousands of pounds worth of funds for your charity’s cause.

So, the next time you question whether or not you should be ‘spending’ money on fundraising, think about it as an investment from which you will reap greater income in the future for your cause.

Find out more about fundraising for your charity