1.      ‘Opt in’ as the default for charity communications 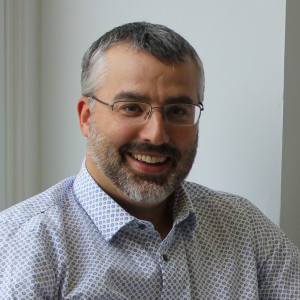 The recent review of fundraising self-regulation led by Sir Stuart Etherington, which the Government has accepted completely (surely a first!) calls for ‘all fundraising organisations to make a public commitment, promising that they will review their use of donors’ personal data and take steps towards adopting a system of ‘opt in’ only in their communications.’ This has the potential to decimate charity fundraising for any charity which engages in direct marketing, regardless of size (see the reaction of DSC readers to these proposals here).

To buttress the argument in favour of mandatory opt-in, the review claims that ‘a forthcoming EU Regulation on reforms to data protection is likely to enforce such changes in law soon’ – but the finer details are less clear. The EU regs are likely to call for people to give explicit consent for organisations to use their data, but the interpretation of ‘explicit consent’ is the subject of some debate and is not necessarily analogous to ticking a mandatory ‘opt-in box’, which could adversely affect even ordinary newsletters that go out to supporters which may (or may not) ask for donations.

The same review proposes a levy on charities that spend over £100k annually on fundraising to resource a new regulator, to oversee the Code of Fundraising practice and respond to public complaints. This is a significant level of spending, so would fall primarily on larger charities that do lots of direct marketing, but it’s one for the debit column nonetheless.

Hang on, what have business rates got to do with charity costs? The Government has been changing the system of taxation that businesses pay to local councils – giving councils more control of the tax yield from rates but also more liability for paying any rate reliefs. For many years, councils have been able to provide rate relief of up to 100% for local charities (for example charity shops) because of their social benefit. 80% of this relief has been mandatory (in the past this was provided entirely with central government funding) and 20% has been at the council’s discretion. This relief is hugely valuable to the sector – the mandatory element alone has been estimated to be worth £1.5bn per year.

Discretionary relief in particular has been under pressure because of huge cuts to council finances since 2010 – councils are looking wherever they can for revenue. The full impact of future policy on charities is still fuzzy, but indications are that the Government is considering the localisation of control over rates, which is likely to put this relief under more pressure – particularly for new applications.

The big rabbit George Osborne pulled out of his hat in the Budget last spring was the announcement of a new National Living Wage (NLW), set to be introduced in stages over coming years. In April 2016, minimum wage will increase to £7.20/hour, growing to £9 by 2020. The salary of every member of staff earning the existing minimum will cost an additional £1,150 by April 2016, excluding pension and national insurance contributions.

While this is surely good news for workers on low incomes, it will add costs for many charities that employ them – £500 million for the charity sector as a whole by one estimate. Subsectors such as health and social care are likely to be particularly affected. One way to mitigate the impact could be to ensure that paying NLW is properly resourced in public sector contracts – something which Charity Finance Group and others are pushing for.

For months the Charity Commission Chair William Shawcross has been banging on about charging charities to help backfill 50% cuts in public funding for the Commission’s budget over recent years. DSC supports a well-resourced Commission but we’re adamantly opposed to charging for a number of reasons (read why), as it appears are the vast majority of our readers! Our recent survey found that over 95% of respondents oppose fees, for at least 9 different reasons!. The battle on this is still in the early stages – we are expecting a consultation from the Commission – possibly around Christmas. However, at a recent meeting, the Charity Commission indicated that legislation might be required to make charging possible, which could delay matters.

What can we do about these financial fob-offs?

Sure it’s not an easy time to be a charity, but has it ever been? It’s important that we don’t despair and keep up the good fight. The voluntary sector, and public support for it, has proven to be very resilient and history would suggest this will continue. There are particularly positive signs in levels of public giving, which remain strong despite the recession (NCVO) and, in spite of great uncertainty, recently earned the UK the title of ‘most generous society in Europe’ (CAF).

There is still every chance to influence what happens with Charity Commission charging – the case against the proposals is huge. Want to get involved? Why not download and send this letter to William Shawcross. Let’s swamp him with feedback – whether you agree with DSC or not! Use or alter our text as you wish – give him your thoughts about charging straight from the horse’s mouth.

We’re also looking for examples of how small charities could be adversely affected by the fundraising proposals – if you can help please get in touch at the email below.

And if you’re a member of a charity membership body why not tell them your concerns? Views and evidence from the frontline can be really helpful – explain the impact of these added costs on your services and what this means in human terms for those you help.

As ever, we’re keen to hear your views and thoughts – email us at policy@dsc.org.uk