This book guides you through setting one up or converting your existing charitable structure. It contains the new procedures in England and Wales from 2018 for direct conversion of charitable companies to CIOs (and CIC to CIO conversions from later in 2018). For Scotland, it contains new OSCR procedures from 2016 for unincorporated charities converting to CIOs. This edition also covers more on the practical implications of CIO constitutions which depart from the Charity Commission models.

By capturing the broad concepts of CIOs as well as the detailed provisions, this
book provides with the practical guidance needed to establish new CIOs or convert existing charities.

Who should buy this book?

A must-read for anyone considering establishing a new charity in England, Wales or Scotland to ensure they’re using the structure most suitable for their needs.

Leaders of existing charities and not-for-profits, particularly finance managers, will find it a useful guide to whether a CIO would be a better alternative than their current set up.

For the professional adviser and academic it also offers thorough information on CIOs examining them at all levels, going back to the legal frameworks UK-wide and with extensive footnotes and an index of legislation.

‘This is the first comprehensive publication to explain everything you need to know about CIOs, from what a CIO is and why your charity may want to become one, to clear analyses of the advantages and disadvantages. With Professor Morgan’s excellent insights into what it really means to operate as a CIO, I would strongly advise anyone considering this legal structure to read this invaluable handbook.’

‘A vital tool for any charity contemplating whether charitable incorporated organisation status is appropriate for them. We found ourselves in that situtaion – for the non-lawyers amongst us it was an essential reference manual, and has been ever since.’

‘As the chair of trustees of a small charity with an outdated constitution, our decision to convert to a CIO was necessary but daunting. Finding Gareth Morgan’s book was greatly reassuring and it guided us through the whole process.’

‘Although it is now firmly established in the legal landscape, there is currently little published guidance available on how to run a CIO. Gareth Morgan’s book fills that gap – it is both practical and technical and, as such, is an important resource for charities and advisers alike.’

Have a look inside Charitable Incorporated Organisations. 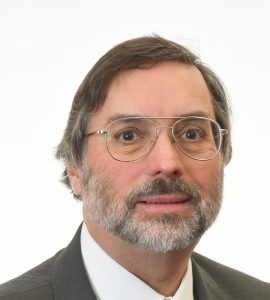 Gareth is Senior Partner of the charity consultants The Kubernesis Partnership LLP, based in Yorkshire and East Lothian, which supports a wide range of organisations in the areas of charity accounting, formation of new charities, and other issues of charity regulation.

He is also Emeritus Professor of Charity Studies at Sheffeld Hallam University where for many years he led the University’s MSc in Charity Resource Management and the inter-faculty Centre for Voluntary Sector Research. He continues to supervise students researching in the charity field.