I swore on Facebook recently and a friend told me off for being “unladylike”. It annoyed me actually. Not so much the objection to the swearing. I know some folk are a bit weird about expletives, but I love them: used well (and not as a personal attack) they’re very powerful. No, what annoyed me was the message that it’s somehow demeaning – as a woman – to swear and he thought he had the right to correct my unladylike behaviour.

We women are constantly being told how we should behave. We mustn’t shout, show off, boast, take up too much space, be aggressive, talk too much. We must be modest, not show too much flesh, keep our knees together, be kind, be caring, be loving, be compassionate, care about children, conform to others’ expectations of us – an endless list of rampant sexism.

I was thinking about this in relation to the message of the Charity Commission that charities should behave well. Even if I knew what that meant, it’s just so patently demeaning. It perpetuates a view that, like women, we are expected to know our place. Charities apparently have to be perfect, conform to what the regulator has decided the public expects, not shout or be too loud, not get in people’s faces, behave and conform. Basically, keep our knees together and not offend anyone.

Well, bollocks to that. Just as it pisses me off that there are expectations about how I’m supposed to comport myself as a woman, I feel the same when I’m lectured about how charities are supposed to behave.

IT IS NOT THE JOB OF CHARITIES TO BEHAVE! (Yep, I’m a woman shouting!) Charities effect change by being disrupters, campaigners, advocates, activists. There wouldn’t be animal welfare laws without animal charities shouting; there wouldn’t be child protection laws without children’s charities getting angry; there wouldn’t be clean air legislation without health charities badgering politicians. So long as we’re not breaking any laws, it’s entirely up to us how we behave. And if we don’t get it right, we’ll be punished by our donors, supporters and beneficiaries. Their voices are way more important than those of a hectoring, ill-informed, populist, increasingly politicised commission. And we know them better than it does.

There are big problems in our world. It takes big, bold, unladylike behaviour to solve them. Meekly minding our manners just ain’t gonna cut it. So the next time the Charity Commission tells us to be good little girls, let’s all tell ’em to bugger off.

Discover more of Debra’s trademark humour in her insightful guides 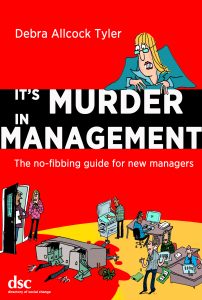 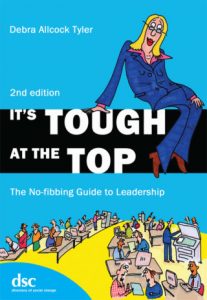 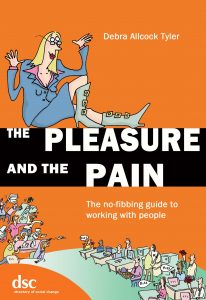